The Premier Plumbing Services in Brookhaven

Best Brookhaven Plumber Near Me

Plumbing emergencies happen. When they do, the most reliable 24-Hour Brookhaven plumber is The Plumbers Guild. We are locally owned and operated and located in Brookhaven. So, when an emergency strikes, we will be close by and able to help you quickly. 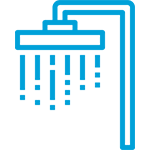 When it comes to plumbing services, The Plumbers Guild does it all. We are the Brookhaven plumber for all your plumbing needs. Water heater repair, tankless water heater installation, trenchless sewer line repair, water line replacement, and more. 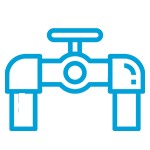 Our team of skilled Brookhaven plumbers is clean, organized, and in uniform. We know your time is valuable, so we do not waste it. The Plumbers Guild arrives on time in fully stocked trucks to complete the job on the spot. Our plumbers use the most advanced tools and equipment in the industry. That saves you time, too. If you have a Brookhaven plumbing problem, call us, we always offer free estimates.

On July 31, 2012, Brookhaven became the highest populated city in DeKalb County, Georgia. The city is famous for its mixed-use developments. Found at Peachtree Road and Town Boulevard, alongside Oglethorpe University, is Town Brookhaven. Town Brookhaven is an amazing mixed-use development found in Brookhaven, Georgia. With a movie theater, fitness center, and 460,000 square feet of shopping, eating, and more, locals find everything they need. It is on Peachtree Road, next to Oglethorpe University. In addition to office and retail space, Town Brookhaven also hosts more than 950 luxury residential apartments.

Northeast of Atlanta, Brookhaven, stretches over 12 square miles (about the area of Chicago O'Hare airport). The city is named after the old neighborhood surrounding the Capital City Country Club, Historic Brookhaven. The city is home to Peachtree Golf Club, one of the top golf courses in Georgia founded by Bobby Jones and designed by Robert Trent Jones.

Residents boast about the top schools and the most magnificent parks in the city. In fact, some of the best area schools, Marist School, Our Lady of the Assumption Catholic School, and St. Martin's Episcopal School are in North Brookhaven. North Brookhaven also has Blackburn and Murphey Candler Park. The Lynwood Park neighborhood centers around the community park, baring its name featuring basketball courts, tennis courts, pool, recreation center, playground, and picnic area.

The city of Brookhaven hosts the Brookhaven Chili Cook-off annually in the Fall. In the warmer months, locally grown food, and other local products are found at the Brookhaven Farmers Market at Brookhaven Baptist Church.